Stan Laurel and his ties with Glasgow 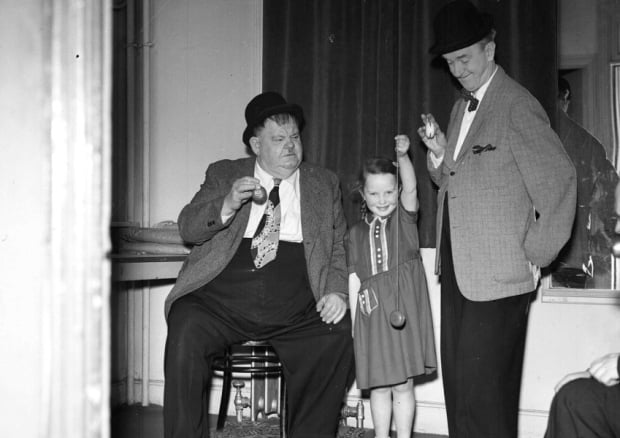 The BBC last week announced that they will be making a film about the lives of Stan Laurel and Oliver Hardy, starring Steve Coogan and John C Reilly as Laurel and Hardy respectively.

‘Stan & Ollie’, written by Jeff Pope – who also worked with Steve Coogan on Oscar-nominated ‘Philomena’ – will depict the comedy duo in later life, during their final tour in 1953.

The pair would stay at the Central Hotel in Glasgow and visited Gleneagles during their tour of the UK in 1932 and throughout the 1940s and 50s. However, their love of Scotland doesn’t just show itself in their touring schedule; Laurel and Hardy also made films with Scottish themes, including ‘Bonnie Scotland’ and ‘Putting Pants on Philip’.

Released in 1935, ‘Bonnie Scotland’ tells the story of the pair on the trail of Laurel’s Scottish inheritance. Along the way they are tricked into joining the British Army and are posted to India.

Born in Cumbria in 1890, Stan Laurel’s family moved to Glasgow when he was a teenager and his father ran the city’s Metropole Theatre. The comedian made quite the dramatic comic debut in 1906 as a teenager at the Panopticon (the world’s oldest surviving music hall). Legend tells that a series of accidental slip ups left the audience rolling around in hysterics. According to Judith Bowers who wrote ‘Glasgow’s Lost Theatre: The Story Of The Britannia Music Hall’, Laurel noticed his disapproving father in the audience, which put him off and, “(he) wanted off stage, so took a bow but fumbled the hat and dropped it.” “He stepped forward to pick up the hat. His foot connected with it and kicked it into the orchestra.” These slip-ups gave birth to the beginnings of a long and prosperous comedic career for Stan Laurel and, later, for Laurel and Hardy.