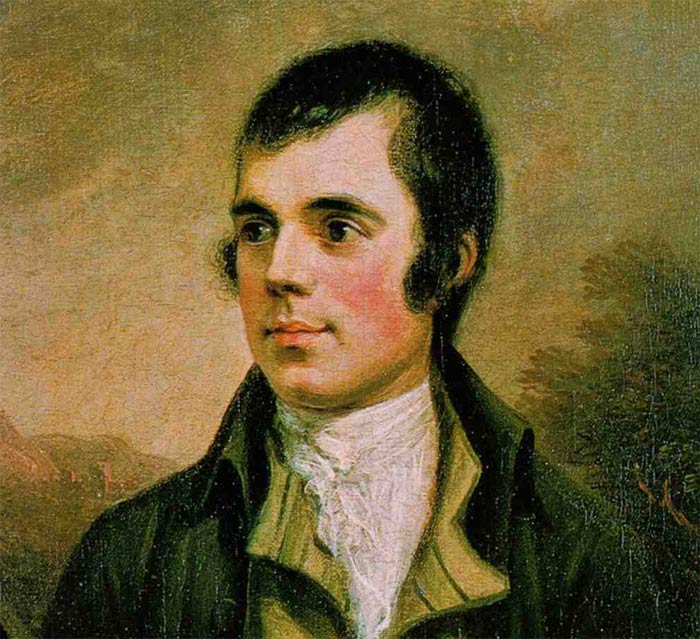 Having now launched ourselves into 2016 full of hopes, aspirations and resolutions, everyone here at Ardanaiseig would like to wish our former, current and future guests a very happy New Year.

We had a great time at our New Year’s Eve celebrations and are still reeling from the ceilidh and fireworks. Hogmanay is always a special time here and we’ve loved every second of it. But if you thought the celebrations were over in Scotland, think again! Because while January is a time for new beginnings and focusing on goals for the year, it also contains a very special birthday.

His famous song Auld Lang Syne was sung around the world to bring in the New Year and on January 25th Burns Night celebrates life and works of Scottish poet Robert Burns (25 January 1759 – 21 July 1796). To this day, Burns is a cultural icon both in Scotland and further afield, known for his poetry written in the Scots language and his pioneering of the Romantic Movement.

Traditionally, guests are welcomed with bagpipes and then once seated, the Selkirk Grace is recited:

Some hae meat and canna eat,

And some wad eat that want it,

But we hae meat and we can eat,

And sae the Lord be thankit.

The evening’s star attraction, the haggis, will be brought in to the sound of bagpipes and Burns’ famous Address to a Haggis will be read, during which time the reciter will also cut it open with much dramatic effect during the lines:

His knife see rustic Labour dight,
An cut you up wi ready slight.

Haggis is traditionally served with neeps (turnips or swedes) and tatties (potatoes), a traditional recipe that you can find here.

The host will then make a speech praising the life of Burns himself, ending with the words “To the Immortal Memory of Robert Burns!”

Essential entertainment of a Burns Supper includes the Toast to the Lassies, which praises women and their role in the world, referencing Burns’ works. The women then give the Reply to the Laddies and the evening continues with recitations of Burns’ poetry and performances of his songs.

The evening culminates with a rendition of Auld Lang Syne.

So if your January needs spicing up, why not host your own Burns Night. Find more information about the running order here and learn about the man himself here.